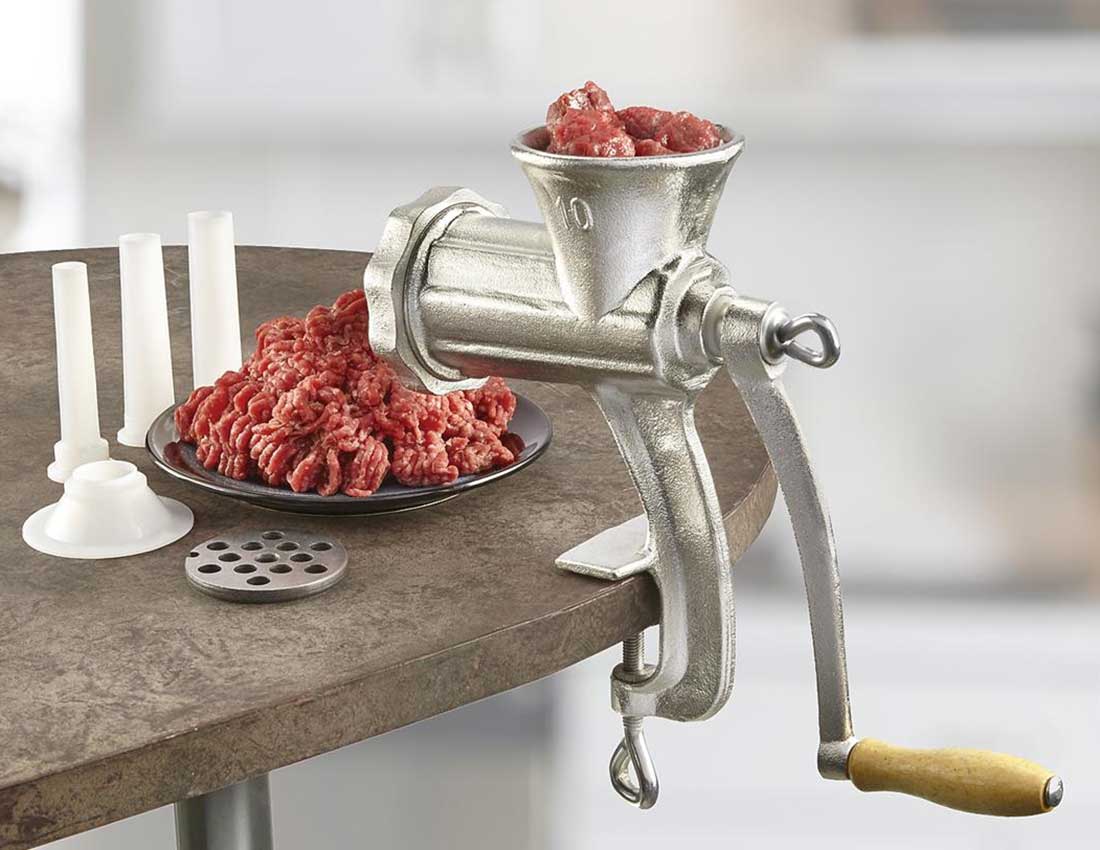 It’s fairly common to find yourself trying decide between manual and electric appliances around the kitchen, since each type comes with various advantages and disadvantages. In terms of meat grinders, which you might not think of right away when contemplating common kitchen accessories, the debate between the two power styles is as strong as ever. Read on to learn more about each type of meat grinders, along with the biggest pros and cons for either type, and come to your own conclusions.

While it might seem like a manual meat grinder would be an odd purchase, many owners choose this traditional style because of the overall simplicity of design as well as the fact that they are decidedly the smaller of the two types. Since there are no motors or electronic components, manual meat grinders are often well under a foot tall and can weigh as little as a few pounds. This makes them among the smallest appliances you can purchase for your kitchen, especially when you consider the amount of different uses you can get out of them.

Another benefit of manual meat grinders is that they do not tether you to an electrical outlet, which means that you can operate them literally wherever you like. If your kitchen has few outlets, or you prefer to work at your kitchen table, then you can easily do so with little to no inconvenience. Manual meat grinders are also significantly cheaper than their electric counterparts, making them a frequent choice for the budget conscious.

As is sometimes the case, one of the biggest benefits of a manual product is also its biggest drawback. While the lack of a motor makes these appliances cheaper and smaller, it also means that they can be quite difficult to use, especially when you have to grind a lot of meat. Anyone who wants to grind through meat that still has bones in it, or work through dozens of pounds on a regular basis, may quickly grow tired from having to manually turn the crank in order to power the device. This is especially inconvenient for anyone with a lack of arm strength, such as the elderly or someone with a physical disability.

Right off the bat, the biggest advantage of electric meat grinders is the fact that they are incredibly easy to use. All you have to do is plug them in, load the feed tube with your cubed meat, and turn the power switch to the On position. Since many models come with quite powerful motors, they also make cutting up meat with bones (as you might do if you are preparing food for a pet) a painless experience. Similarly, the powerful motors make it possible for you to work through larger, tougher meat from game such as elk or deer, as well as move quite swiftly through bulk batches of standard beef, chicken, or pork.

Many of the issues with electric meat grinders do in fact come from the motors and the internal components. If you choose a model with plastic gears, they may strip over time and render the appliance useless, forcing you to pay for costly repairs. Certain models may also be quite loud, which could be inconvenient if you live in an apartment building. The size is also problematic for many owners, as many models can have a large profile that tends to swallow up counter space or be difficult to fit into cabinets.

Choosing between the two options should always come down to thoughtful consideration of all points, as well as your own personal needs and preferences. If you are looking to save money or don’t need to use it very often, a manual model might be better. However, if you want something that will be very easy to use and operate, electric grinders are the way to go. 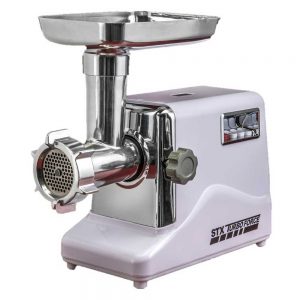 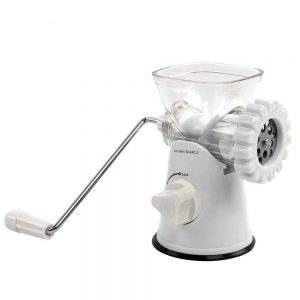 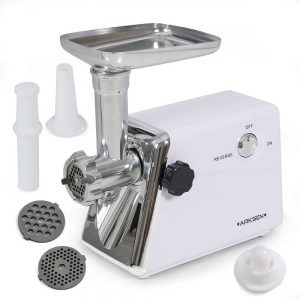 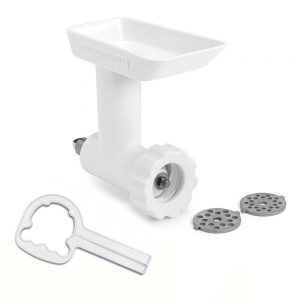 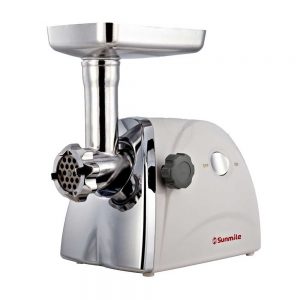 Best Electric Grinder for the Money 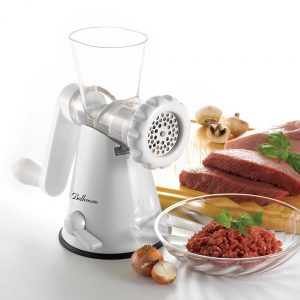 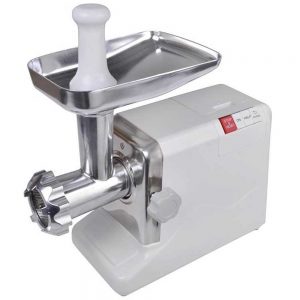 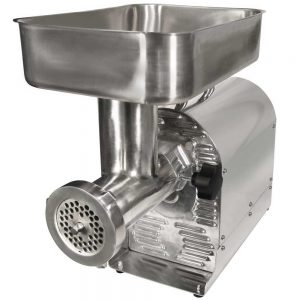 Best for Commercial Use 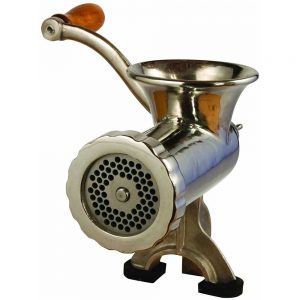